City Walls starts from the Marmara Sea coast in the south and extends to the Golden Horn in the north. Scope of the project is a 50km2 section between Ayvansaray and Adnan Menderes Boulevard, including Eğri Kapı, Edirne Kapı and Sulukule Kapı.
City Walls, defined as the backbone of the city, is an important city symbol. Lighting decisions were made by evaluating together important axes, distinctive elements, focal points and thresholds.
Ayvansaray Avenue and Adnan Menderes Boulevard, which are important axes of the city and the project area, are located at both ends of the city wall. Fevzi Pasha Avenue also divides the project area from its mid-point. These streets are axes that greatly effect on lighting decisions.
City Walls were built for urban defense. But this sharp distinction reduced by highlighting doors as transition points. In today's conditions, attention has been paid to the fact that historical walls are working as a unifying city symbol rather than a divider.
It is aimed to increase the visibility of the city walls by homogeneously illuminating them. In addition, gates and street crossing areas are highlighted. 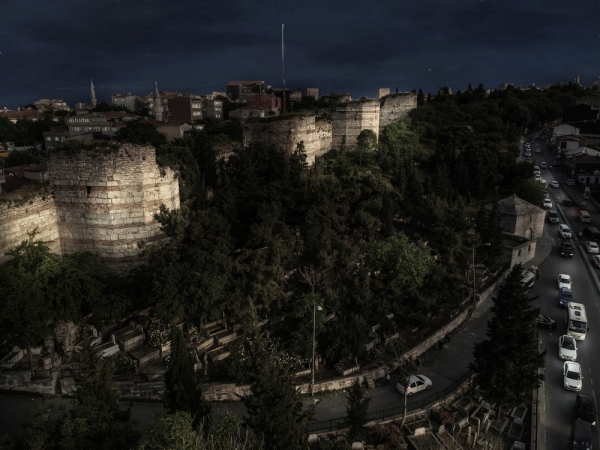 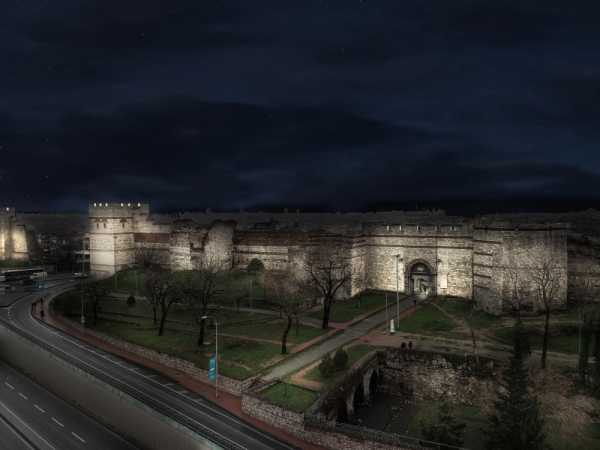